Today we had a funny task for our company internal Google Maps powered system. We should show simple geo markers on a map, having specific colors. So our designer created markers for three colors. However, we needed markers for a lot of more colors, which an admin can configure. So should we let our designer draw a geo marker every time an admin adds new colors?

We found a more elegant way how to solve that little problem:

We need an API which produces an image containing a geo marker. A basic idea would be to control colors using GET parameters, such as marker.png?color=ff0000, or include the color in the image name, like marker-ff0000.png. Another task was, to have the color of the inner dot of the marker stating ‘online’, ‘offline’, or something different. For example green for ‘online’ and red for ‘offline’.

So we built a Spring Boot application with a single controller action called marker-{fillColor}-{state}-{scale}.png, which draws and outputs an image. A few notes on the convention:

First, we use start.spring.io (or the corresponding project initializer in IntelliJ) to generate a simple Spring Boot Application

However, given the case, we want to return a PNG image, we don’t return anything, but write our content to the output buffer stream of our response by:

For this simple task, we didn’t use any third party image library, but used only Java native tools like java.awt.image.BufferedImage and java.awt.Graphics2D.

We used a simple quadratic curve to make a round bottom corner. The resulting API can now produce images like these:

This is my first article since a very long time, in particular about Java and Spring Boot. It was a funny little project on this very hot day at work (33 °C are not easy!!), and I hope someone might find this useful.

In this tutorial, I will describe the setup Kubernetes v1.9.2 on Hetzner Cloud in 10 minutes. The final cluster will have:

I’ve made a short asciinema clip of the entire installation. 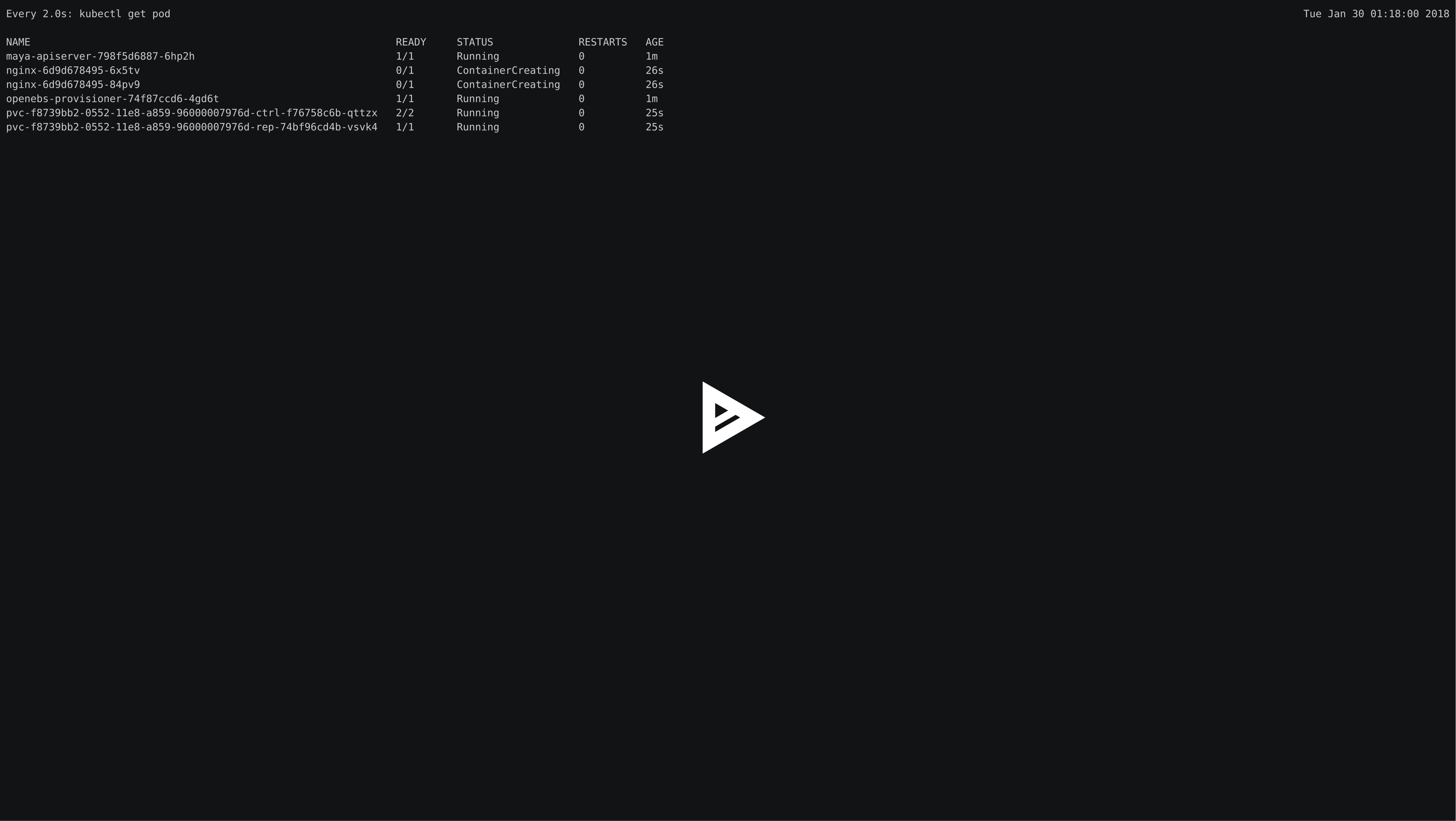 In this article I will cover the quick setup of a self-hosted Kubernetes 1.9 cluster using kubeadm, with the ability to recover after a power cycle (e.g., reboot)

I started playing around with kubeadm again for a new project and was especially interested in the self-hosting feature, which is in alpha state. In short, self-hosted clusters host their control plane (api-server, controller-manager, scheduler) as a workload. Compared to the universe of compilers, self-hosting is when a compiler can correctly compile the source code of itself. In term of kubernetes, this simplifies upgrading clusters to a new version and more in-depth monitoring

I had a long break since my last article. So it’s time to say hello here and announce some little things.

I was thinking of migrating to Hugo for some while, but end up with staying on octopress. The main reason is that I actually don’t want a big change on how my blog looks and feels. Especially I’m interested in all the paths, which are already deep inside Google’s index.

The main feature is, that I learned to use the <!-- more --> separator, which makes my new index page doesn’t look like a mile of full blog articles one after each other. A bit of coloring, a new About Me page and some automation for my blog deploy process. Everything bundled in a little repo :)

Here is the roadmap of topics I’m going to cover in my upcoming articles.

Feel free to suggest topics in the comments section :)

In my recent article on K8S deployment I described my first approach on building a working K8S cluster on a private cloud. Despite this was a working setup, it was simplified to make the setup easier. However my personal aim was more about:

How to deploy a production ready kubernetes cluster on a private cloud?

To be more precise, what I try to achieve:

I am using a non wide known cloud provider like ProfitBricks, or own virtual solutions, such as KVM, VMWare

I want to know a generic way for turn key clusters, agnostic to the underlying infrastructure